HyperNation to launch GameFi in Europe

Europe is set to become a future hotspot for the Metaverse as HyperNation prepares to launch its latest and highly advanced GameFi there. So far, the name of this GameFi has yet to be revealed, but game experts involved in the beta-testing phase have already given their thumbs-up with regard to the gameplay. 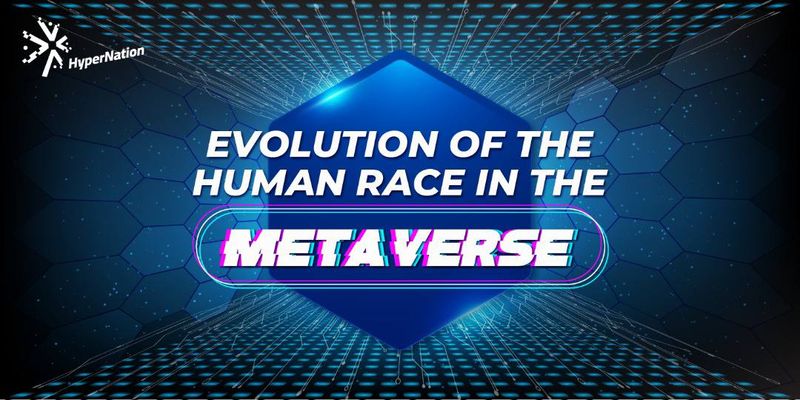 According to sources, the GameFi shall run parallel with the virtual nation, its system being perfectly compatible. Rewards and NFTs won by playing the GameFi are directly applicable in HyperNation, unlike other GameFi where compatibility is a huge problem. To recap, HyperNation was launched on May 23 and is already going strong, gathering huge followings with members across the globe.

It is predicted to become the next central hub for international communities as its population continues to grow. But that is not all where Hypernation is considered. It is safe to say that the vast portion of human evolution shall take place here, as people swiftly enter the age of the Metaverse.

The nature of products and services takes on new meaning in HyperNation. The first and most profound change people expect is that their physical limitations are no longer a constraining factor. People can be here, there, and everywhere in the world in the blink of an eye. This is already possible in a rudimentary form through video conferencing, telephone, or email.

In the Metaverse, a virtual world that runs parallel to the real world, individuals are able to project themselves inside it and interact with objects, people, and the environment as if it is the real world. In HyperNation, space becomes subjective, hence people can expect major changes to happen in their lifestyle.

People can carry their entire wardrobe together with them while exploring HyperNation. Equip the avatar with jogging clothes when out jogging in the beautiful virtual gardens. Change quickly to casual wear when people decide to go to the virtual shopping mall and immediately transform into a tuxedo to meet their loved ones for a candlelight dinner.

Love to read books? Their entire library is right beside them, and they can have a book in their hand just by equipping it. Space becomes limitless. Well, limitless might not be correct, but it is closer to the truth. As long as their character does not run out of memory space on HyperNation, they can even carry an entire supermarket’s worth of items along effortlessly.

Think about the home in real life, which takes a lot of money to be renovated. Here in HyperNation, they may customize their real estate within seconds. Snap a finger and the layout of the house changes to one that people desire.

The next step in human evolution will make us all look like gods, and the catalyst for that change is HyperNation. Since the very fabric of HyperNation is digitized, everything is customizable, from the roof of their real estate to the very grass that makes up the lawn.

Another interesting concept that requires a mention is the concept of distance in HyperNation, or rather the lack of it. Individuals can move from point A to point B in just the blink of an eye as long as they hold a specialized NFT which acts as a passport, also known as Hitchhiker of Star. The Metaverse acts as a bridge between the international communities. There will be no such thing as passports, legal jurisdictions, red tapes, and unnecessary bureaucracy.

The jobs that people hold are no longer confined to the locality. Here in HyperNation, service seekers are matched to service providers, regardless of boundaries and distance, and the interaction is hyper-interactive in 3D format. The money people earn is channeled into crypto wallets that are not under the control of a central government, meaning that there are no taxes.

The Metaverse is bound to evolve the human race, and HyperNation is poised at the forefront of this evolution.