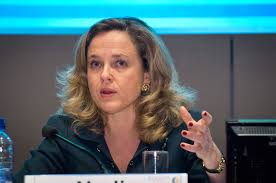 “The global fiscal response to the pandemic is unprecedented.” This sentence heads the part that the International Monetary Fund (IMF) dedicates, in its report on taxation , to the policies promoted by governments to fight the crisis. These include loans guaranteed with public guarantees that, to a greater or lesser extent, the most industrialized countries have made available to companies to avoid their collapse. The objective is to prevent a crisis that began as a lack of liquidity due to the economic stoppage from getting worse and resulting in a lack of solvency due to the inability of companies to survive.

But the answer has also varied from country to country. According to the comparison that the IMF publishes this Wednesday among the five major European economies, Spain has been the one that has offered the least amount of guaranteed credit but the one that has executed a greater part. Germany stands out (with about 750,000 million in public aid) and is followed by the United Kingdom, France and Italy (all of them with between 300,000 and 400,000 million). Then comes Spain, with an amount close to 200,000 million.

However, when analyzing the degree of execution of these loans, the order is reversed: Spain has managed to commit 46% of the aid, compared to 36% in France, 18% in the United Kingdom, 17% in France and so only 5% from Germany. Last August, Spanish companies had received almost 100,000 million euros of liquidity from the loans guaranteed by the ICO. Of these grants, 15% had gone to tourism, leisure and culture companies.

The Vice President of Economic Affairs, Nadia Calviño, defended this Wednesday the effectiveness of the public guarantee program launched by the Government to protect the business fabric. And he added that this plan will be maintained in the coming months, reinforcing the elements focused on solvency so that viable companies can continue with their activity.

The Fund looks at the low degree of implementation of this aid in the large European countries. And find two fundamental answers. On the one hand, it ensures that this may be due to the administration’s capacities to grant credits or to the restrictions designed in public programs. But this low incidence is also explained by the low demand from the companies themselves, which may have sufficient liquidity buffers in the sectors least affected by the crisis and the existence of other government aid programs, such as subsidies or protection mechanisms. of employment as ERTE in Spain , the kurzarbeit in Germany, the furlough in the United Kingdom, the partiel chômage in France orcassa integrazione guadagni in Italy.

Other reasons for this reduced impact could be the excess debt that companies already carry and the high uncertainty surrounding the economic outlook, according to the Fund’s experts.

The IMF does not look only at the liquidity lines deployed by the states. “In almost all European economies, employment aid and subsidized wages have helped preserve jobs and the standard of living of citizens, cash transfers have been especially helpful in supporting the working poor and the poor. employed in the informal economy who have become unemployed. Liquidity measures for companies have prevented a wave of bankruptcies and massive layoffs. This is especially important for small and medium-sized companies that make up a large part of the productive fabric, ”says Vítor Gaspar, director of the Fiscal Affairs Department in the IMF blog post that accompanies the publication of its semi-annual fiscal report.