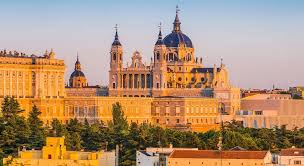 The Independent Authority for Fiscal Responsibility (Airef) has defended this Wednesday that the self-employed should quote based on their real income, a proposal that is already on the Government table and that this afternoon will be discussed by the Minister of Social Security, José Luis Escrivá , and social agents. Meanwhile, the body in charge of ensuring the efficiency of public spending and budget stability recommends maintaining the flat rate for this group of workers, even more so in a situation as complicated as this one.

This is one of the conclusions reached by Airef in a report on seven incentives for hiring and self-employment during the 2013-2018 period. Airef has evaluated in its analysis seven specific policies – some of them are no longer in force – which in 2018 represented a disbursement of around 2,000 million: those aimed at those under 30 and over 45, at women in sectors where are under-represented, to the transformation of temporary contracts into permanent ones, to the employability of people with disabilities and to self-employment (in the latter case, the focus has been on the flat rate and specific bonuses and reductions).

“A contribution system in accordance with real income is better,” said the president of Airef, Cristina Herrero, referring to the current scheme for the self-employed – which gives them the possibility to choose their contribution base – during a conference virtual press held this Wednesday. “But at the present time it does seem convenient to maintain the flat rate, reinforcing control and inspection.

Specifically, the study reflects that the flat rate for the self-employed – which sets a fee of 60 euros for the first year and decreasing bonuses for the following ones – has promoted the registration of young people to the system by 17% at the beginning of its application , in 2012, although it had a greater impact among those who had been unemployed for a short time and had a medium-high level of training. This aid also reduced the probability of unsubscribing by 10%, despite the fact that its effect has been uneven over time, losing its momentum with the end of the incentive. This aid would have entailed a net cost of between 41.5 and 34.3 million euros at the end of the incentivized period.

“The need for future incentives would be conditioned to the design of the new contribution system,” the report concludes. “In any case, there should be an impact on measures that improve the survival of self-employment: advice, training, viability plans, etc., in coordination with the autonomous communities.”

The Airef study recognizes that public incentives for hiring work, but with nuances: their effects are limited in time, there is little adjustment between supply and demand and not enough is done to promote training. The agency details that the 50% reduction of incentives carried out between 2012 and 2014 accelerated the fall in employment from -2.73% to – 2.96% and, in general, recommends reordering and reducing the number of incentives and focusing them to groups with low employability. But it also launches a deeper warning: these policies cannot serve to tackle the chronic problems of the Spanish labor market such as the high rates of temporary employment and unemployment, since structural reforms must be implemented for this.

The study presented this Wednesday concludes the second phase of the spending review entrusted to Airef, and which has covered a public spending item of more than 50,000 million euros divided into four projects (tax benefits, infrastructure, hospital pharmaceutical spending and incentives to the hiring). The agency recalls that the period analyzed for this latest report, aimed at finding out whether incentives promote the employability of certain groups and favor permanent hiring, is peculiar due to the effects of the financial crisis, which raised unemployment above 25% and caused a great dispersion and regulatory profusion of aid, with continuous changes in policies and in the eligibility and duration criteria.

The body warns that in order to focus the incentives in the best way to specific groups with low employability, it is necessary to improve the system to identify these groups at all times. In addition, he points out that “a more focused system would allow to increase the amounts and make them more attractive.” Airef also warns of the need, which it has been reiterating in all its studies, for a greater in itinere evaluation of aid and coordination between public administrations, and insists that there is much room to improve training programs, which do not have to be limited younger workers and should be based on the promotion of schemes that make it possible to personalize care for job seekers.

However, the agency recognizes that in specific times of recession , employment incentive policies are more effective and can act as a stimulus, although they should be targeted both in terms of beneficiaries and duration. “For example, now temporary plans could be effective for young people” to promote hiring, Herrero concluded.