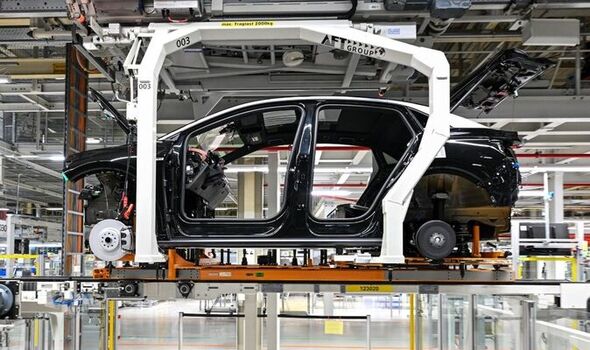 The Russia-Ukraine crisis has been worsening day after day, and its impact can be seen on various other things. This week, BMW and Volkswagen have warned that the Russian invasion into Ukraine has been causing a shortage of essential components required for vehicle production. It has forced them to reduce the production of vehicles in Europe.

BMW and Volkswagen – the two well-known German carmakers worldwide, said that the war is impacting the auto supply chains negatively, which is already going through a rough phase because of the shortage of semiconductors.

On Wednesday, BMW said that the bottlenecks at the suppliers in Ukraine have made the automaker interrupt or adjust the production at many factories, which will negatively impact the vehicle sales figure.

In an earnings webcast, the director of corporate affairs of BMW, Maximilian Schoeberl, said, “Ukraine is, of course, home to many suppliers. Hence we too will have to face production interruptions and supply disruptions for important components.”

Wiring harnesses are needed in the automobile industry to operate under high pressure. The quality of the wiring harness is essential for optimum performance.

The executives of both companies said that the wiring harnesses were in short supply because the leading suppliers for the company were from Western Ukraine.

BMW said that the war had pushed its suppliers to decrease or suspend the wiring harness production, resulting in the reduced output or vehicles produced by the carmaker. The company also said that it would resume the production of the harnesses at two German factories from this week only. In addition to this, its mini factory situated in Oxford, England is expected to be working again from the following week.

Schoeberl also commented that the situation would remain volatile for some time. The finance chief of BMW, Nicolas Peter, said the prices of the raw materials are about to cost quite a few hundred million Euros to the car-making company. The Russian invasion has resulted in the soaring prices of the commodities as there are worries about the restriction of supplies from Russia, a major producer of palladium and nickel essential in auto production.

Volkswagen, on Tuesday, said that it is supporting its suppliers in Ukraine as they are trying their best to keep up the operations.

CEO Herbert Deiss said the dominant and primary constraint is wiring harnesses. These harnesses are sourced from 11 Ukrainian plants, out of which nine are working at a lower capacity. This is not something that the company wants to be continued in the future. For this reason, Volkswagen is looking for relocation production that may take some time.

Volkswagen also commented on shifting some auto-production units out of Europe to other regions, including South America and China.

After the eruption of war, both the companies have paused car production and export to Russia.